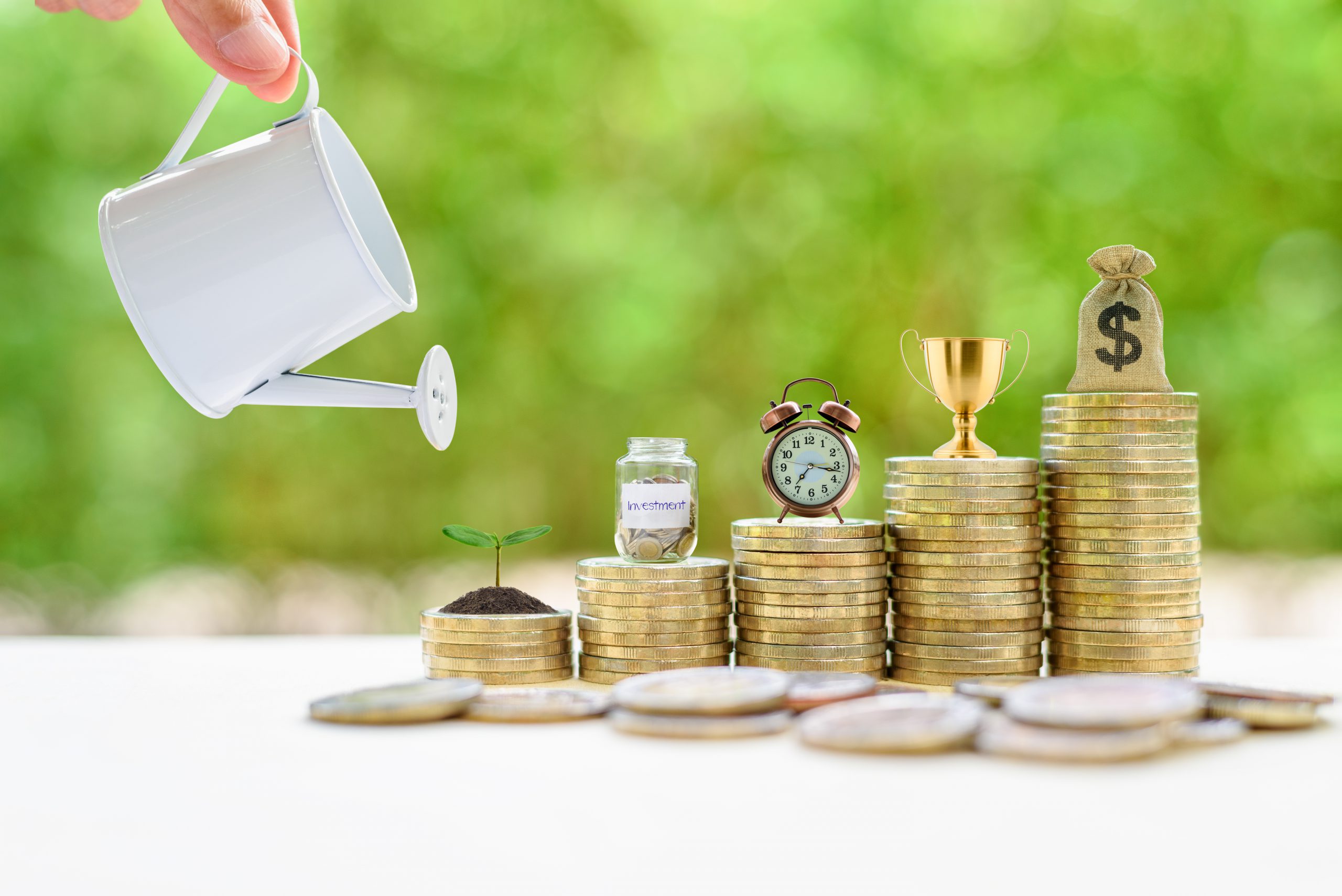 As part of the Affordable Care Act (ACA), Medicaid expansion was introduced back in 2010. Originally, this expansion was designed to reduce the so-called “coverage gap,” where people are not eligible for Medicaid but unable to afford private insurance. This legislation was upheld by the Supreme Court in 2012, but it also gave states the option to opt out of Medicaid expansion. Since then, governors and state legislatures have the power to decide whether or not a state implements the Medicaid portion of the law.

While most States have chosen to adopt some form of Medicaid expansion, fourteen states have yet to expand Medicaid to individuals and households meeting the new requirements. The main reason? Financial concerns regarding the effectiveness of expansion to improve coverage, access, and economic measures. States which have not adopted Medicaid expansion include Wyoming, South Dakota, Wisconsin, Kansas, Missouri, Oklahoma, Texas, Tennessee, Missouri, Alabama, Georgia, North Carolina, South Carolina, and Florida.

Unfortunately, the issue that arises in non-expanded states is the problem of having more people in the coverage gap, which results in a slew of other issues. For example, “hospitals in states that enacted the expansion got a wave of newly insured patients, while those in states that rejected it were left with large numbers of uninsured individuals.” In effect, non-expanded states have “suffered a significant increase in hospital closures.” In contrast, states that have decided to take part in Medicaid expansion continue to see improvements in coverage, access, and economic measures. Thus, while expansion is certainly optional, Medicaid expansion carries immense benefits not only for patients and hospitals, but also for states.

What does Medicaid Expansion Entail?

Medicaid expansion aims to reduce the coverage gap by raising the income ceiling for Medicaid up to 138 percent of the federal poverty level. As such, Medicaid expansion covers all families and individuals that fall under this income level. According to the Center for American Progress, this includes “groups who are currently left out of public health coverage such as low-income, able-bodied parents, low-income adults without children, and many low-income individuals with chronic mental illness or disabilities, who struggle to maintain well-paid jobs but don’t currently meet disability standards for Medicaid.”

At its core, Medicaid expansion seeks to increase healthcare coverage and extend access to healthcare to the poorest and most disadvantaged Americans while also providing economic security for the middle class. Yet, some states worry that the cost of implementing Medicaid expansion will wreak havoc on their state budgets and thus outweigh its perceived benefits. However, Kaiser Family Foundation (KFF) reports that significant research has “indicate[d] that the expansion is linked to gains in coverage; improvements in access, financial security, and some measures of health status/outcomes; and economic benefits for states and providers.”

How does Medicaid Expansion Benefit Patients?

While Medicaid expansion has not completely closed the coverage gap, expanded states have certainly seen a huge difference. In the fourteen states that did not expand coverage, Medicaid is often limited to 40% of the Federal Poverty Level and only to those with children, with childless adults left out altogether. Yet, most people earning more than the Medicaid threshold but still below the federal poverty level cannot afford insurance, even when subsidized. This means that more than two million people who fall under the coverage gap are left uncovered and unprotected.

If all states were to expand Medicaid, all of these people would be eligible. Furthermore, Medicaid may also offer better coverage than certain plans available in the marketplace. This is especially true for long-term support and behavioral health. Thus, Medicaid expansion benefits patients in providing better access to healthcare.

According to Sarah Baron, “Medicaid expansion is much more than access to health insurance. Every dollar a mother doesn’t need to spend on out-of-pocket costs when her child comes down with the flu can go toward food, housing, and other necessities. Medicaid coverage translates into financial flexibility for families and individuals, allowing limited dollars to be spent on basic needs, including breakfast for the majority of the month or a new pair of shoes for a job interview. Medicaid expansion means more than health care coverage; it is an expanded opportunity for success and a pathway to the middle class.”

How does Medicaid Expansion Benefit Hospitals?

As expected, Medicaid expansion greatly benefits hospitals all over the country. If a patient comes in uninsured and unable to pay, chances are the hospital may never be able to collect on the bill. No matter how efficient the hospital’s billing processes may be, a hospital will very rarely receive reimbursement from people who don’t have money to pay in the first place. While payment plans may help, enrolling people in those plans still lengthens the reimbursement process. As a result, hospitals may increase their medical charges so that people who can pay more might cover the gap of lost revenue. All of this takes time, effort, and resources, none of which guarantees a win-win solution to offset bad debt effectively.

On the other hand, low-income patients who do have Medicaid allow hospitals to be reimbursed, albeit at lower levels than from private insurers. Still, some reimbursement is always better than no reimbursement. Hospitals in expanded states often have healthier revenue cycle processes and are more likely to overcome the threats of closure. This is why in most cases, hospitals are eager to have every eligible patient enrolled on Medicaid. That being said, while patient advocates increase the chances of eligible patients receiving Medicaid, only states have the power to widen eligibility so that more people qualify.

To Expand or Not to Expand Medicaid

The main argument that governors and state legislatures have used to opt-out of Medicaid expansion is typically financial: they claim the state can’t afford such high financial risk. At first glance, this concern makes sense because Medicaid often takes up the largest share of most state budgets. What’s more, states can’t borrow money the way the Federal government can. This results in governors and state legislatures being concerned that adopting Medicaid expansion means they have to redistribute the budget and take away from other currently-funded programs.

As a result, the common stance between non-expanded states is that Medicaid expansion does not benefit states. According to numerous studies and research, however, this is not the case.

How does Medicaid Expansion Benefit States?

To address the main financial concern of non-expanded states, let’s first talk about the financial benefits that come with adopting Medicaid expansion.

The Federal share of Medicaid expansion costs is currently set at 90%, much higher than what it was under pre-ACA criteria. According to the Commonwealth Fund, “This leaves states on the hook for at most 10 percent of the total cost of enrollees in the new eligibility category — considerably less than the roughly 25 percent to 50 percent of the cost that states pay for enrollees eligible for Medicaid [before ACA].”

In addition, states that cover hospitals’ uncompensated care costs may also benefit financially. Arkansas, one such state that also took up Medicaid expansion in 2014, estimates that it will produce “net state savings each year through fiscal year 2021, and $444 million total from 2018-2021” through Medicaid expansion. The reason? Expanded states often “pay less to hospitals to cover uncompensated care costs” because hospitals typically see higher reimbursement rates after Medicaid expansion. What’s more, some states have also seen that taxes on managed care organizations serving Medicaid beneficiaries can significantly offset the cost of expansion.

Other states have also found that they saved money from lower costs for mental health care programs designed to fill the gap in various marketplace plans. In fact, Virginia anticipates that Medicaid expansion will save $421 million over two years as it claims “the enhanced matching rate for some populations it previously covered at its regular Medicaid match (50 percent) and generates savings in its corrections system and elsewhere.”

In addition to the significant financial savings of Medicaid expansion, there are less obvious benefits to adopt expansion. This includes:

The Midland Group is a trusted patient advocacy firm. Having worked with different facilities across the country, we have seen firsthand the incredible benefits that accompany Medicaid expansion: for the patients, hospitals, and states. Since 1989, our goal has always been to increase people’s access to healthcare and protect the financial health of our partner hospitals. With over 30 years of experience, our team stands by ready to assist patients in our partner hospitals to qualify for various public benefits programs. Our trained patient advocates are familiar with all the tools and ever-changing rules and regulations revolving around all forms of health-related public benefits. Contact us today for more information regarding our suite of services.

How Do I Promote and Implement Patient Payment Plans?

Your hospital can benefit from promoting patient payment plans. This will increase account resolution and revenue for your hospital.

Within the last few years, hospitals nationwide have witnessed the rapid rise of the healthcare…

What To Know About Third-Party Billing Companies

Often, managing third-party liability claims can be complicated and confusing due to their complexity. Hospitals…