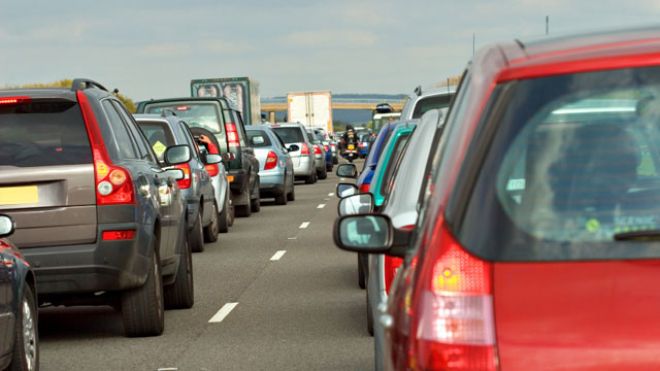 One of my favorite stories (second only to the 10 circus performers who were in a Chevy Citation when they had a fender bender) involved Arlen (not his real name, of course). Arlen was apparently traveling back to his home in Imperial, Nebraska. He had enjoyed a long weekend fishing with some buddies near Elk City,Oklahoma, where he grew up. He had more than 25 pounds of frozen fish in his car and knew he was on a short timeline for getting the fish back home before they went bad. He was making his way through Kansas on the long and unbelievably tortuous route back to Imperial.

On the way home, Arlen had an issue. About the time he was making his way past Dodge City on US-283, he came upon a long line of cars and trucks backed up behind what had to be the biggest combine he had ever seen. Being from Nebraska, that was saying something. Anyhow, after about 45 minutes of 12-mile-an-hour driving, Arlen thought he smelled something…fishy.

I suppose what happened next is typically called “road rage.” Arlen didn’t care that there was a car ahead of him. He stepped on the accelerator, perhaps thinking he could just push the cars ahead of him out of the way. That didn’t work out so well. After rearending the vehicle in front of him, Arlen involuntarily enlisted the assistance of the Ford County Sheriff.

The people in the car he hit were lucky. They were buckled in and nearly at a complete stop when they were hit. But Arlen ended up doing time…in the hospital. And that is where I came in. As a professional hospital accident lien specialist, I reviewed the facts of this case:

Is there a case for a lien, or not?

The first thing we did was set up a PIP (Personal Injury Protection) claim. Even though it was an intentional act, the patient was not trying to harm himself, so PIP coverage on this patient account would apply. Being in regular communication with the hospital patient accounts staff, I found out they received calls from Arlen about every other day. They deal with thousands of hospital patient bills, but this one seemed unusual. He seemed to be focused on the bill…an itemized bill.

My insticts told me something was very wrong.

I called the insurance company. In speaking with the adjuster, I learned that she, too, had received a call from Arlen. Arlen requested to be paid directly and that he indicated he would pay his hospital bill…he promised! After all the years I had been doing hospital accident liens in Kansas, as well as many other states, I knew that Kansas insurance companies normally pay providers directly unless the patient requests otherwise. And while liens on PIP claims are rare, they aren’t unheard of. Arlen, as it turned out, must have been an insurance adjuster in a previous life. Most patients are unaware that if they have an auto accident in Kansas they have PIP coverage, regardless of the state their policy was written in.

I filed a lien on the PIP coverage and protected the hospital’s interest on this claim. If I had not filed a lien, the PIP money would have been paid directly to Arlen and, while I would love to believe that Arlen would have paid the hospital for their services, I think the hospital was relieved that they didn’t have to find out otherwise.

The Important of Understanding Third-Party Payer Contracts In the context of third-party billing, we believe…

Back to Basics: Payment Plans

Many hospitals are turning to out-of-the-box, patient-centric solutions that address this era in which patients are truly the new payers.
Stay Up to Date
Subscribe to The Midland Group Newsletter Today
Browse
From The Blog
Contact The Midland Group directly to assess your needs, integrate with our services, and determine the long-term impact on your overhead and revenue flow.
CONTACT US
Copyright The Midland Group - All Rights Reserved
Translate »
Back To Top
×