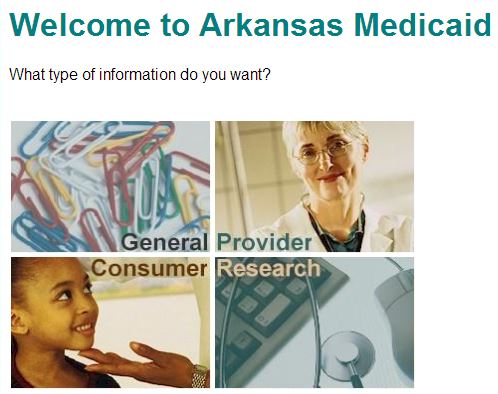 Arkansas’ Medicaid program has seen a lot of news activity lately. The program, referred to as a ‘private Medicaid program’, has seen its ups and its downs for Arkansas residents, Medicaid recipients, the federal government, and Arkansas providers. The program differs from expanded Medicaid coverage to which some states opted in as part of the Patient Protection and Affordable Care Act (PPACA) passed in 2010. It took multiple votes to get it passed in the Arkansas legislature.

States that chose to participate in federal Medicaid expansion receive a set amount per enrollee to cover costs of coverage. Arkansas negotiated with Centers for Medicare and Medicaid Services (CMS) to receive the expansion funds from the federal government to be used to purchase private plans on the exchange marketplace – the so-called ‘private Medicaid program’.

The plan serves those who earn less than 138 percent of the federal poverty guidelines who are ages 19 to 64 and are not medically frail. The beneficiary has the opportunity to select his or her own health plan, which in turn will pay their medical bills directly. While those under the federal program are able to pick their own plan, they must pay the difference of a higher premium than the benchmark plan. In Arkansas, enrollees can pick any silver-level plan at no cost. Arkansas receives about $478 per month per enrollee.

There are some benefits to the program, but there are also some major drawbacks.

According to the state’s agreement with CMS, Arkansas is “at risk for the per capita cost” of the Medicaid program that exceeds the federal cap of $477.63 per person, per month. Just five months into the program, Arkansas is already on the hook for $7.7 million above projected costs – a number that will continue to increase for the three years of the program. The state is expected to ask for an increase in the federal cap to help pay for the overages. The actual cost per beneficiary in March of this year was $385.77. Projected costs were $437 per enrollee.

Of course, there are some positives with the program. Of the 225,000 Arkansans who are eligible for Medicaid benefits, about 70 percent (155,000) had enrolled as of the end of April. Of those, 82 percent would not have received federal subsidies through the exchange. The majority (64 percent) are between the ages of 19 and 44, and 61 percent are women. The sheer number of enrollees displays the need for coverage, said DHS director John Selig.

Another benefit is the decrease in uninsured patients visiting hospitals. According to a survey of 42 hospitals in Arkansas, there was a 24 percent decrease in uninsured emergency department visits and a 30 percent decrease in uninsured overnight stays for the first three months of 2014 when compared to the first three months of 2013. Health and Human Services will also look for evidence that the Arkansas voucher program could bring savings from reduced “churning,” where people fall in and out of Medicaid eligibility based on fluctuating incomes, and bring more competition to exchanges.

“We’re going in the right direction to improve the fiscal stability and well-being of our hospitals, but more importantly we’re removing a financial barrier for individuals who have needed care and needed service use so that they’re not waiting later to have more complicated, less effective, more costly outcomes,” said state Surgeon General Joe Thompson. So while hospitals are seeing better budgets and patient care, it could be on the dime of Arkansas or even federal taxpayers.

As the Arkansas Medicaid program continues, it will be interesting to see how they will manage to cover costs and how the program will affect providers. Stay tuned as we keep our readers updated on the latest news.

Taking Advantage of PIP and MedPay: What You Need to Know

PIP, which stands for Personal Injury Protection, and MedPay, Medical Payments, are two types of…

The Importance Of HIPAA and Growing Your Practice

Since its institution in 1996, The Health Insurance Portability and Accountability Act (HIPAA) aims to…

Medicaid and Medicare During COVID-19